Do thieves do a preliminary inspection before burglarizing? What is the most effective way to deal with it?

Do thieves do a preliminary inspection before burglarizing? What is the most effective way to deal with it?

The thief’s burglary will be carried out after preliminary inspection! ?

It is said that thieves who sneak into thieves often have their sights set on which house they are going to infiltrate. In other words, the more you can make people think, “This house looks difficult,” at the time of preliminary inspection, the less likely you are to encounter damage.

In this article, we will talk about how thieves and burglars do preliminary inspections, how they identify houses when they are away, and points to keep in mind to prevent burglaries. Here are some countermeasures.

■Summary of this article

・Preliminary inspection for thieves and thieves

・Measures against thieves and thieves

Check for thieves and thieves

Most of the burglars do not randomly decide which house to sneak into. If they are caught burglarizing, they risk being reported or arrested, so they try to choose a low-risk home that will never be found.

Here, I will talk about what kind of places burglars check in the preliminary inspection.

Preview the target’s house and surroundings

Burglars check the ease of execution not only by house but also by town/village. Even if you have a house with a lot of openings, if there are many people watching and there are many security cameras installed in the surrounding houses and roads, the risk of being photographed increases, so you are less vigilant and easier to commit crimes. I’m looking for that area.

The best environments for thieves are areas that are easy to sneak in, easy to escape from, and hard to see. Specifically, it seems that there are many thieves who check the following points.
Less traffic, less people standing and talking
Close to main street and station
The whole town is an abandoned environment
Areas with many vacant homes

In high-traffic neighborhoods where people are more connected to one another, the chances of a stranger walking by are more likely to be noticeable. It is difficult to break into a burglary in such an area.

On the other hand, the closer you are to a main street or train station, the more likely you are to get lost in the crowds and escape.

People tend to think, “I’m not rich, and I don’t have much money, so I wouldn’t target a burglary,” but this is wrong.

Burglars look for homes that are easy to break into and escape from, rather than those that may contain money or valuable items. The risk of burglary is lower if you break into an ordinary home that is easy to sneak in multiple times than if you enter a house with perfect anti-theft measures.

Houses targeted by thieves have the following conditions:

often absent
I only have a simple key
There is convenient scaffolding to break into the second floor (storeroom, rain gutters, etc.)
There are plants and walls, so it is hard to see
no dog

A house that is easy to sneak in, easy to escape from, and hard to see is an easy target. Also, some burglars don’t like homes with dogs because barking at them can attract attention.

What is the confirmation method of preliminary inspection of burglary?

Many burglars break into homes while residents are out. Therefore, whether or not the resident is at home is an important point for burglaries.

Burglars carefully grasp the behavior of residents in advance. Understand the time zone when the house is likely to be away.

The method of confirming someone’s absence is simple, and many burglars use methods such as “calling on the intercom” or “mailing”. If you ring the intercom, many people will answer if you are at home. In that case, walk away while performing a sales or neighborhood construction greeting. If there is no answer, there is a high possibility that you are out, so you will break into a burglary.

Once the target is determined, mark the entrance

Mark the target house decided in the preliminary inspection as above. It is a mark that describes the characteristics of the house attached to the entrance etc.

There are various marks, but they indicate characteristics such as the gender of the residents, how many people live there, and what time of day they are most likely to be away. It is often expressed using numbers and alphabets, so be careful if you find something with a symbol written on it outside your house.

Crime prevention literally means “to prevent crime”. Crime prevention means preventing thieves and thieves from entering the premises. If you don’t put it on the premises, you can’t do anything, so you won’t be able to do it. To keep thieves out of your property, pay attention to the following points:

If the gate is at the back of the parking space, or if the intercom is only at the front door, it is easy for thieves to break in. Let the intercom have a camera or install a security camera to let people know that you are aware of crime prevention just by looking at it.

Excessively high fences and hedges create the perfect environment for thieves to break into your property. The fact that the fence is completely invisible from the outside means that thieves do not have to worry about being seen from the outside. Here are some ways to prevent burglars from breaking into your premises:

If you create a blind spot, the crime prevention is completely meaningless. Burglars will try to use anything to get in, so be careful in places you don’t usually see.

Key measures for the entrance / back door

In addition to using anti-picking locks, we will also change to non-destructible keys that can be used for cam feed and thumb-turn rotation. Attach two or more locks (one door, two locks) to one door. It is important to lengthen the time it takes to break in by having multiple keys.

Do not open the door for receiving newspapers. There is also a risk of intrusion.

The most common break-ins are through windows. For thieves, it takes time to remove the lock, but once the window glass is broken, they can easily get in.

This is a recommended preventive measure. Let’s prevent thieves and thieves in advance. 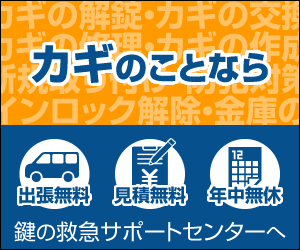 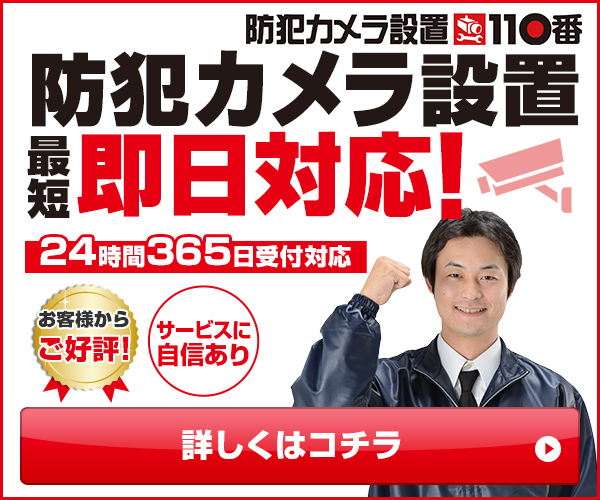 Let’s take measures on a daily basis so as not to suffer damage from burglaries.

What is the behavior pattern of a person who crawled up from the bottom and became rich?

History of the Ottoman Empire (Republic of Turkey), Miracle of Warship Ertuğrul

Many Japanese have forgotten the disaster of the Turkish warship "Ertuğrul" that occurred 125 years ago.This accident seems to be one of the reasons why Turkey is so pro-Japanese. I want to know more about this story!I will answer these questions.History of the Ottoman Empire (Republic of Turkey), Miracle of Warship Ertuğrul.The Ertuğrul story that connected Japan and Turkey An attack approaching in 48 hours during the Iran-Iraq War. 215 Japanese left behind. At that time, everyone escaped from Iran by two rescue planes rushed from Turkey.This article introduces the story of bonds, starting with the tragedy of the Turkish warship Ertuğrul in 1890.

The beef bowl "Yoshinoya" has overcome many management crises, but who revived the current "Yoshinoya"? What is the superiority of Yoshinoya? I also love Yoshinoya beef bowl! "I want to hear that story!"I will answer these questions.120 Years of Gyudon The chairman of Yoshinoya, known as Mr. Gyudon, started from a part-time job.

Harrison Ford had zero talent when he was young! Did you break out of Star Wars?

The release of [Indiana Jones 5] in June 2023 starring Harrison Ford has finally been decided.When you think of Indiana Jones, you think of Harrison Ford! And "Star Wars"! Many people do not know the life of "Harrison Ford". July 13th is Hollywood star Harrison Ford's birthday. and···Harrison Ford to Star in Marvel Cinematic Universe! What kind of actor is Harrison Ford? I will answer these questions. When Lisson Ford was young, he had zero talent! Did you break out of Star Wars?
スポンサーリンク
ショパンのワルツが弾けるには？ショパンの神経質の性格にようになれば弾けるの？
必死のパッチの意味と語源は大阪弁からパッチで死ものぐるいで成功した人物たち