A year has passed since I learned to play the piano. It’s fun to play various songs! Who are the famous Japanese pianists?

I will answer such questions.

That person is Fujiko Hemming.

A documentary depicting her trajectory was broadcast on NHK and received a great response.

And her debut CD “Miracle Campanella” recorded sales of over 2 million copies, which is unusual in the classical music world.

Fujiko Hemming, who continued to play the piano even after losing her hearing – now for the cat?

This article introduces the heroic trajectory of Fujiko Hemming’s book, “The Power of Hope: An Unbreakable, Never-Give-Up Heart.” 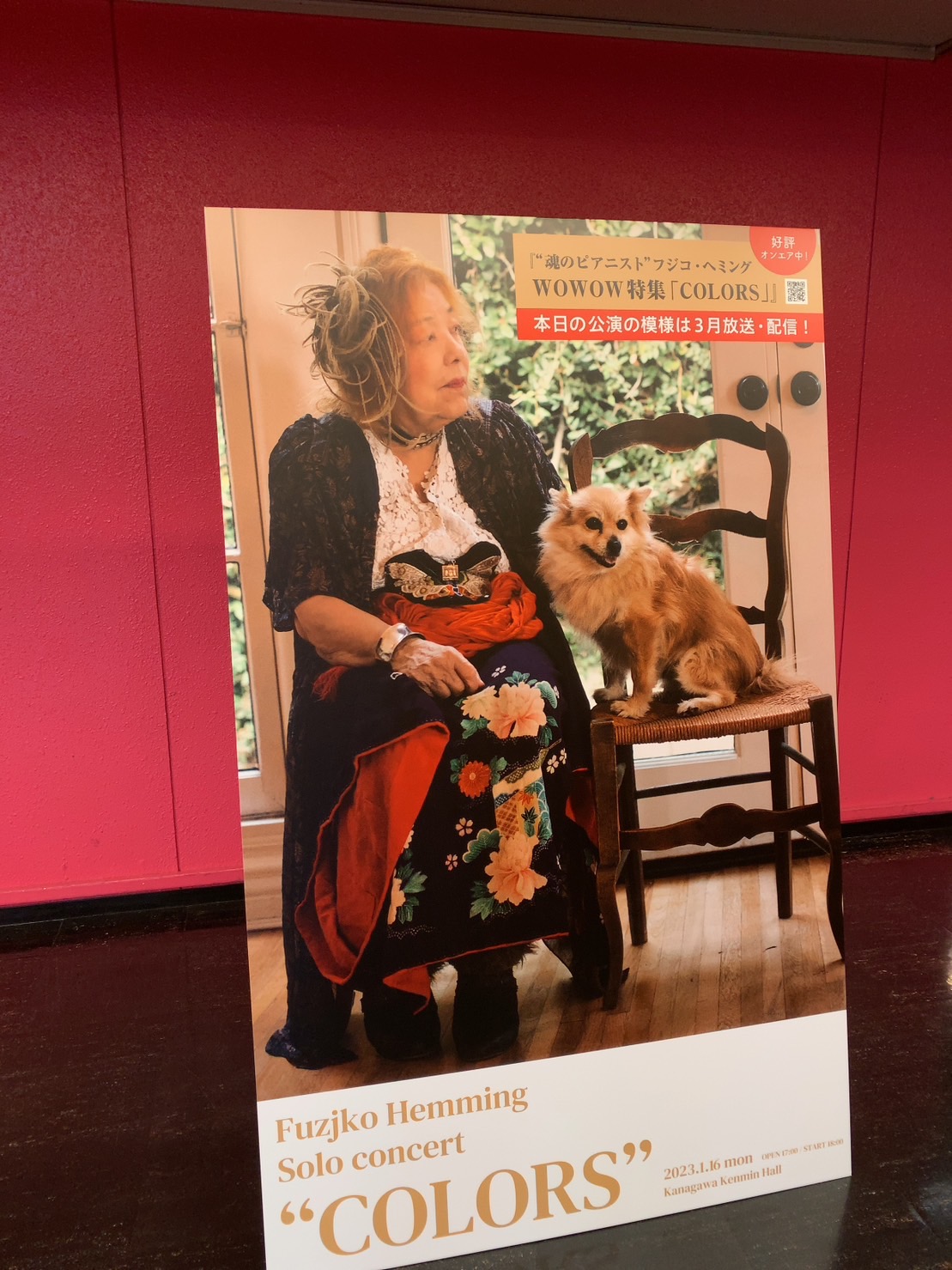 Her father is a Swedish painter and her mother is a Japanese pianist.

Fujiko was born between these two people.

Fujiko’s mother was a piano tutor. She says that from an early age she slept listening to Chopin played by her mother.

Fujiko started learning piano when she was four years old. However, she was reluctant to play the piano without finding it interesting.

Her mother, who taught her piano, may have been strict.

Each lesson is 2 hours long and is repeated 2-3 times. The days continued when Fujiko-san made a mistake and was yelled at.

But Fujiko gritted her teeth and got over it. It is said that before he knew it, he began to feel that the piano was interesting.

Even after Fujiko became a high school student, she continued to spend her days immersed in the piano.

“You never know what will happen in life.
What can you do besides playing the piano?
The piano is your only trade, so stay strong. ”

He says he still remembers the words of his mother.

Fujiko’s efforts paid off, and at the age of 17 she gave her first recital at the Yamaha Hall in Ginza.

In my daughter’s heart, if you try hard even if it’s hard,
I always thought that good things were waiting for me.

After graduating from high school, he entered Tokyo University of the Arts and continued to study piano.
And thanks to the help of many people after winning the competition and winning numerous awards
I fulfilled my long-cherished desire to study piano in Berlin, Germany.

Fujiko Hemming was 29 years old, but what awaited him was the beginning of a long and painful life.

Many Japanese students were enrolled at German universities, but they were all international students who grew up in affluent environments.
However, Fujiko was treated as a “refugee” in a special way.

I became more and more isolated without the wonderful encounters that made my heart flutter.

Bullied as a “stranger” in Japan,
In Germany, where he was born, he is seen as an “Oriental”
He is considered an “outsider” by Japanese exchange students.
I can’t let you join me…

“Why? Where is my hometown?”
The dream he had was about to disappear.

Fujiko confesses the misfortune as follows.

Despite such circumstances, she never gave up on her dream and graduated from university and moved to Vienna, the capital of Austria, her neighboring country of Germany.

I met many great musicians and was full of hope, but I just didn’t have the money.

No passport, no job. Relying on a small remittance from his mother.

It is said that there was a day when he would spend a week with nothing but sugar water when he had nothing to eat.

One day, an opportunity comes to Fujiko, who has been living in poverty.

When Fujiko learned that there was going to be a concert by the world-famous musician Bernstein, she bought a ticket with what little money she had and sent Bernstein a letter and a picture of herself.

It was because I thought that I had no choice but to open up my own path.

He was reading Fujiko’s letter, and he told me to play the piano on the spot.

I frantically played Liszt’s “La Campanella” and “Love’s Dream”.
Then Bernstein, who finished listening, hugged me,
You kissed me

Fujiko’s recital posters were pasted on the streets of Vienna.

A dream come true at last.
It’s because I’ve been doing my best to look ahead even if it’s painful.

No matter what, don’t give up
The road will always open.
I thought so.

Fujiko Hemming loses hearing, but climbs out of it to life

A week before the recital, Fujiko caught a cold while living in a cold room with no heating.

As a result, the otitis media that I had as a child recurred.
He rushed to a university hospital, but he had no money and no health insurance.

Fujiko has lost her hearing.

After that, I gave a recital while I was deaf, but the result was a mess.

I canceled all the recitals for the next day.

I missed the best chance I grabbed,
I cried every day.
It was the devil’s fault, I thought it was over.

However, Fujiko continues to play the piano. He left Vienna once, but he returned to Germany again.
While he was having his ears treated, he qualified as a piano teacher.

He worked as a piano teacher and continued to perform concerts, but due to her mother’s misfortune, she returned to Japan.

And Fujiko will continue his activities such as holding a concert at his alma mater in Japan.

A documentary depicting her heroic life was broadcast, and her debut CD became an explosive hit.
Her name, Fujiko-san, has become known to many people.

She will resume her music career in earnest after her revival recital at Tokyo Opera City after the broadcast.

She has performed in concert with famous orchestras, and her Japan tour in 2009 attracted 50,000 people.

This cold has turned my life upside down.
I hope that recital was a success.

Everyone has unhappiness, and no one has all the good things.
Therefore, the important thing is not to be defeated by failure or misfortune,
How do you get over it?

In the case of I,
I just kept playing the piano.

Even now, as she ages, Fujiko still spends three hours a day at the piano.
Where does that impetus come from?

All the cats that Fujiko-san picked up at the beginning have all grown old and died, but the cats come here and there again.

The cats must have been bullied by humans. It doesn’t show up when other people come.

It seems that feeding these cats is Fujiko’s purpose in life.
It is said that there are places that live to help poor creatures other than themselves.

A piano teaching material for beginners who was involved in the planning, writing, and production of an active piano teacher.
Even beginners can enjoy learning from Doremi.

The contents are easy to understand even for those who have never read music or have never touched an instrument before.

The DVD contains detailed lessons about songs, so if you follow the teacher’s explanations and practice, you’ll be able to play. 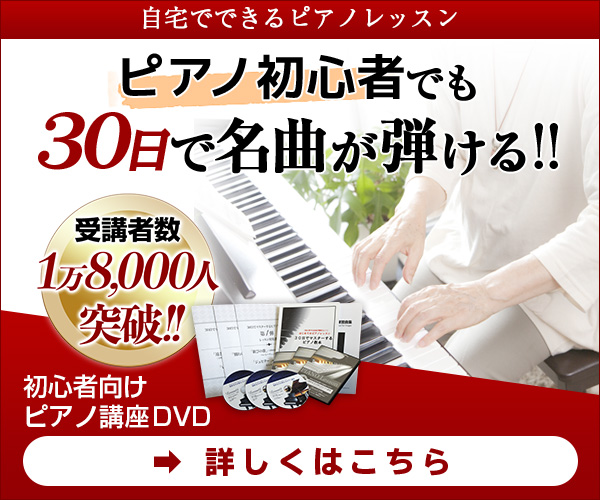 Today, I will introduce the ramen of Kairikiya. ...

Successful people have experienced failure and setbacks many times, so they are happy now.

When I suddenly hear other people's frustration experiences, I think, 'Huh? There are times when you wonder and become positive, thinking that your failure may not be that far! The size of a failure can vary greatly depending on the person's environment and sense of values, so it cannot be said unconditionally. However, more or less, "I'm still not a failure! ’, so when you feel like breaking your heart, it’s a good idea to reflect on it.Therefore, in this article, I tried to summarize the people who were known to many people as successful people in the end, even though they experienced setbacks many times later.

What is the behavior pattern of a person who crawled up from the bottom and became rich?

American car What is the enthusiasm of Henry Ford, the founder of Ford, to make cars?

Do you know an American car maker called "Ford Motor"? As many of you may have heard, Ford is a major American automaker.Japanese car manufacturers are also famous. There are many such as "Toyota", "Nissan" and "Suzuki". Interested in American car Ford! "What kind of company is Ford?" who is the founder? "I want to know the history of automobiles!"I will answer these questions.American car What is the enthusiasm of Henry Ford, the founder of Ford, to make cars?

Shohei Ohtani’s results are better than Babe Ruth’s because of the difference in personality?

I learned about "Shohei Ohtani" in my school's moral textbook! I'm Shohei Ohtani, who is currently breaking multiple records in the majors as a two-way player in American baseball. If he achieves 10 wins, he will reach "double-digit wins & double-digit home runs" since Babe Ruth (Red Sox) in 1918, along with more than 20 homers already hit. "One win after the first big record in 104 years." What kind of person is Babe Ruth? "How did Shohei Otani achieve his dreams and goals?" I will answer these questions. Shohei Ohtani's results are better than Babe Ruth's because of the difference in personality?
スポンサーリンク
篠原涼子は若い頃から美しい髪を持ち現在はヘアケアブランドのプロデューサー
アインシュタインは物理学者であったが、ピアノも愛する音楽家だった